The recent all-new Omega Seamaster Diver 300M line has expanded to include a slightly larger version that, in addition to dropping the date complication, introduces a combination of two high-end watchmaking materials. Join me as we take a close look at the new Diver 300M Ceramic & Titanium.

I loved the two new Diver 300Ms I reviewed last time (click here to read that if you haven't already) because they systematically improved their legendary predecessors in almost every way, from how it looked to the movement inside. Omega has largely stuck to the same design used in those models, but has created a version that's even more consistent with the spirit of tool watches.

The evidence for that is visible throughout. There's no colorful dial available, for instance, and the black dial lacks the bright red accents. No, the Ceramic & Titanium is all business, and has consequently opted for a more buttoned-down monochrome look.

But perhaps just as importantly, it's dropped the date. I've no doubt that this will be a divisive move, but I'm completely in favor of it. In fairness, you could already get a no-date Diver 300M, but only in their far more expensive Sedna gold/tantalum LE, which, while gorgeous, moves very far away from the tool watch look.

In its place, we find a complete 6:00 hour marker, instead of the bisected one found in the date-equipped model. I think this was a wise decision, because it simplifies the dial, improves legibility, and removes a complication that isn't particularly useful to people who find themselves underwater. The more we can return a watch to its essence, to its core design goals, the better, I generally find. For those that rely on a date too much to give it up, of course, there are still plenty of Diver 300Ms available with that complication too, so it's really more that there's something for everyone now.

Aside from going monochrome and skipping the date, the dial design has remained remarkably similar to the other new models. We still find the glossy ceramic dial with an impressively intricate wave pattern, and an overall extremely high quality. But that isn't to say that there aren't more subtle changes if you look close enough.

For instance, while the overall shape of the hands has remained very similar, or even identical, you might have missed that they're now brushed instead of polished, which gives them a slightly darker appearance in most lighting.

Speaking of which, the lume is, as you would expect, quite excellent. As always, I give extra credit for brands which go the extra mile in aiding orientation and clarity with lume. Here we see that not only has Omega used a different shape for the tip of the hour and minute hands, but different colors as well. Also note that the 12:00 marker is distinct from the other cardinal markers, which makes it almost impossible to get the orientation of the watch confused. It's things like these that remind us of the role that design has to play in legibility, decisions we often take for granted in our everyday use.

Now we can get to the key feature of the Seamaster Diver 300M Ceramic & Titanium: the ceramic and titanium. Omega has long been one of the driving forces for material science in the watch industry, being one of the first companies to mass-produce silicon hairsprings, and it has also played a major role in the modern popularization of ceramic cases. The new Ceramic and Titanium is more than just a design that incorporates both materials, but almost more of a series of ceramic and titanium layers.

That starts with the ceramic bezel ring, which has become something of a hallmark in high-quality dive watches in general. Ceramic bezels just make sense, because this is one of the easiest to scratch areas of a watch, and ceramic makes that nearly impossible.

Underneath the bezel insert is titanium, another material closely associated with high-end tool watches, and beneath that is the actual case, made out of ceramic. This is a great time to discuss the beautiful finishing of the ceramic, going from a metallic-looking brush to the perfect gloss that we more often associate with ceramic. It's at once both elegant and aggressive.

In terms of dimensions, the Ceramic and Titanium is slightly larger than its less-serious contemporaries. Those are 42mm while the new model is 43.5mm. It's a bit thicker as well, at roughly 14.5mm, about 0.8mm thicker than the non-ceramic versions. I get the increase in diameter, insofar as the new model wants to be a more focused diving watch and less of an everyday watch, but why it got thicker is a bit mysterious, since it actually dropped the date. 14.5mm is pretty consistent with other modern dive watches, but I wouldn't have minded if it had stuck to 13.7mm, or even become slightly thinner. My other measurements indicate 51mm from lug to lug, and 21mm between the lugs.

Looking now to the titanium case back we see the Naiad lock. This patented system allows Omega to orient the writing of the case back with that of the rest of the case, which is why you see Diver 300M perfectly at the top in this photo. It may seem trivial, but I wish every company did things like this and I've never quite understood why there wasn't a bigger push among consumers, given how watch collectors, like myself, trend towards the somewhat obsessive regarding things like this.

The Seamaster Diver 300M Ceramic & Titanium is available with two different straps, this black rubber and also a silver/black striped NATO. I haven't seen the latter in person yet, but it looks great in photos, and both versions are priced the same. That said, I'm sufficiently impressed with the comfort and fit of the rubber strap that it's the one I'd pick.

Now we get to the movement, which is slightly different from that of other Seamaster Diver 300Ms. Those currently use the 8800, while this one uses the 8806. The difference is quite small, though, the 8806 only lacking a date complication so far as I'm aware.

The other great properties of that movement remain, from the free sprung balance, to the silicon hairspring, to the 55 hour power reserve. The power reserve is relatively long, as the average watch today has about 40 hours, but it's also slightly shorter than that of the 8900, owing to its single mainspring as opposed to the dual mainsprings of the 8900. Those who really care about the extra five hours can instead opt for a Planet Ocean.

It's still quite beautiful as well, with its trademark Arabesque lines. Like the 8800, however, it lacks the independently adjustable hour hand. Since the compensation for that with the 8800 was a quickset date, a feature the 8900 lacks, and the 8806 has no date to set, it would have been nice to see the independent hour hand brought back in the 8806, and I'm not sure why they didn't.

Regardless, what you get is an incredibly sophisticated movement with many advanced features. Perhaps the most notable of these is its METAS-certified anti-magnetic properties. Unlike most anti-magnetic watches, which use a soft iron core to protect the movement, the 8806 is virtually immune to magnetic fields to begin with, allowing it to have a sapphire case back. It's a more elegant solution to the problem of magnetism, and while you'll find movements like this one in many Omegas, of both the dress and tool varieties, it does add somewhat to the tool watch credentials of the model.

Essentially, the new Seamaster Diver 300M Ceramic & Titanium, or particularly the 210.92.44.20.01.001 we're looking at (the model number for the black rubber strap), is a more focused Seamaster. Although the steel versions of the watch are pretty serious in their own right, this is clearly the purpose-driven model of the bunch, skipping the date, increasing the size and dropping any colored accents while using stronger and lighter materials throughout. At $8,100, the price is pretty much what we'd expect for a great dive watch made entirely out of ceramic and titanium, but it also means that those looking for the best value might want to stick to the steel models. The black dial/rubber strap/steel equivalent of this watch, for instance, the 210.32.42.20.01.001, is just $4,900. For those who want one of the very best dive watches that Switzerland can make, however, the Seamaster Diver 300M Ceramic & Titanium may be the logical choice.

Some nice work there n your review. I agree they should have made it thinner. Do people actually like the extra thickness?

Thanks for the review- It's hard to be the steel version especially at it's price. This one is pretty cool, though.

I’m still waiting for a normal sized ceramic watch. I’m not sure why they’re all upsized.

I don’t get the thickness either. Omega may be on the cutting edge in movement tech, but all of the co-axial watches they’re producing now are stupid thick. Fine for guys with larger wrists, but I always feel like I’ve got a doorknob on my arm. 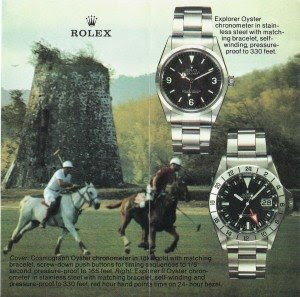 Thorough review as always. I love the watch, And agree with the thickness comments.
"We'd better synchronize our watches."
Top

Odd that the new SMP has 22mm lug width and this larger version has 21’s.

Great review guys, thanks. Would love a full Ti version at a price point closer to the steel version.
Top

That seems to be what they (and many others) think. I think for a lot of less-informed buyers, thickness equates to toughness, so when you're marketing a "tool watch," there might be a temptation to make it thicker for no practical reason. With regard to titanium and titanium/ceramic models like this one, this might also involve a feeling of weight as giving a sense of quality.

But, to be honest, while I do think this is a great watch, if it were me, I'd buy the steel one. It's a better value, I like how they look more, and the size is a little closer to my personal preference.
Top

Ruggs wrote:Great review guys, thanks. Would love a full Ti version at a price point closer to the steel version.

I doubt we’ll see that. Maybe I’m mistaken, but I don’t believe the last generation SMP was very popular in titanium. I owned a black titanium about three times and the blue probably four, but they didn’t seem to be a “desirable” version until they were discontinued.

That seems to be what they (and many others) think. I think for a lot of less-informed buyers, thickness equates to toughness, so when you're marketing a "tool watch," there might be a temptation to make it thicker for no practical reason. With regard to titanium and titanium/ceramic models like this one, this might also involve a feeling of weight as giving a sense of quality.

But, to be honest, while I do think this is a great watch, if it were me, I'd buy the steel one. It's a better value, I like how they look more, and the size is a little closer to my personal preference.

Users browsing this forum: No registered users and 6 guests